I went to Russia! May I bore you with some photographs? I did think I was collecting lions - but it turns out any number of other creatures crept in. The cat is a rather fluffy and endearing Behemoth, drawn in the stairwell up to the flat where Bulgakov lived. 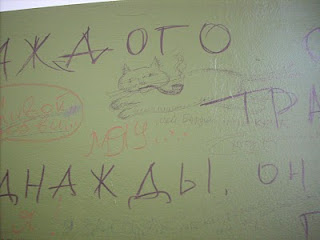 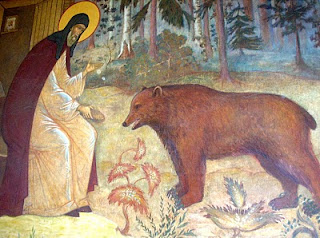 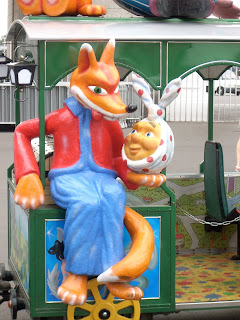 Apparently this scene is not one of decapitation as cure for toothache. They are characters from the Russian story of the little ball of dough, which pretty much matches the Gingerbread Man. Naughty baked goods get their come-uppance the world over i guess. 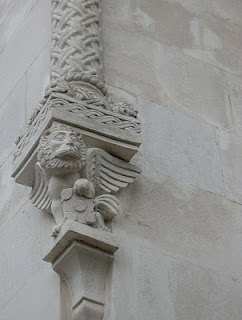 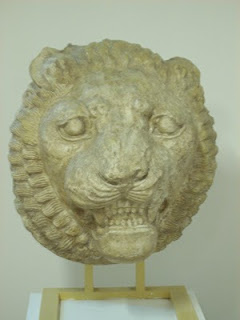 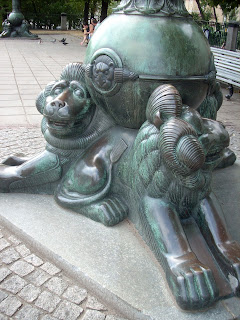 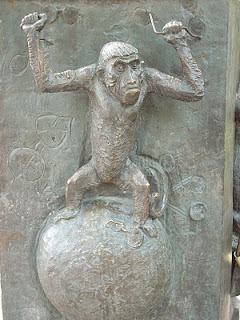 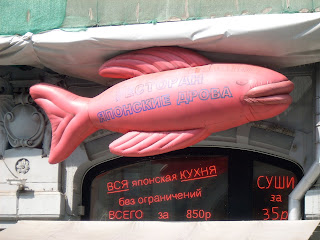 Of course there were other things to photograph around and about that city. I'll perhaps post them on Flickr when I have time. And of course there's plenty to tell - though I doubt I could do the place justice. Maybe when those elusive spare minutes occur I'll give it a go.
Posted by becky at 23:21

becky
I am an illustrator, author and comics artist living in Cambridge and interested in pretty much anything you care to throw at me (within reason). becky.l.palmer[at]gmail.com

Other bits internet with my name on